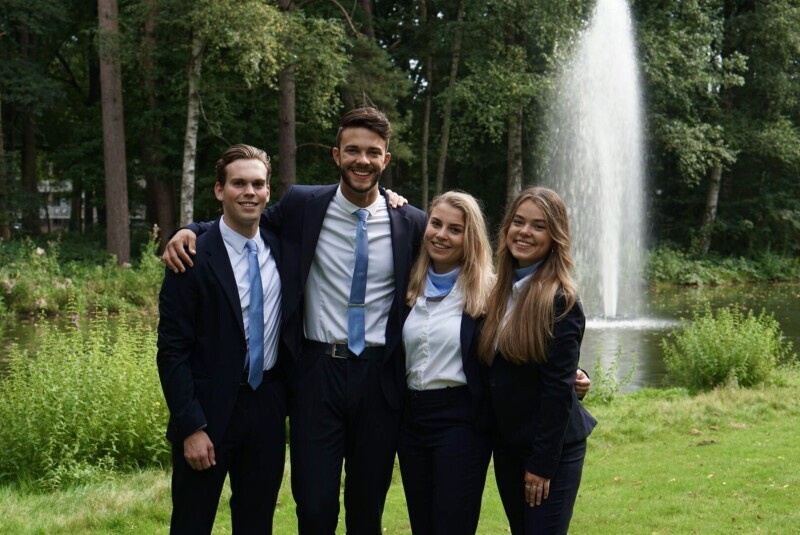 The Board of Vrijspraak has a facilitating and supporting function, so that the student party can function optimally. Having a close-knit party is beneficial to the participation and representation, and the Board contributes to this by, for example, organising activities. Within the Board, there are four positions: chairman, secretary, treasurer and general party boardmember.

The chairman chairs the Open Party Meetings and meets monthly with the Student Advisors and coordinators of the Program Committees and the Faculty Council. He’s also in contact with the representatives of the other central and decentral student parties and he coordinates at least one of the committees of Vrijspraak. Next to that, the chairman is also part of the General Board of Magister JFT, meaning he also has a say in association-wide matters.

The secretary takes the minutes during the OPM’s and Board meetings and he manages the mailbox. Next to that, he makes and sends the Vrijspraak Newsletter from time to time and he keeps the member’s administration up-to-date. He also coordinates at least one of the committees within the party.

The treasurer is responsible for the finances of the party and thus draws up a Financial Plan at the beginning of the year and a Realisation at the end of the year. She is also the vice chairman, meaning that if the chairman is absent at any important moment, the treasurer takes over. Lastly, the treasurer is the coordinator of at least one committee of Vrijspraak.

The general party boardmember organises all of Vrijspraak’s activities. She is also responsible of the external image and promotion of Vrijspraak and thus manages the Facebook page, Instagram page and LinkedIn page. Furthermore, she has a supporting role within the Board and so helps out her fellow Board members when necessary. She too coordinates at least one committee within the party.

The 31st Board of student party Vrijspraak is constituted as follows: